I think any book lover worth their salt has a large To Be Read pile waiting to be tackled. Over the last year or so, I’ve been trying to work my way through mine, which encompasses an entire bookcase–I may have gone overboard. The book I’ll be reviewing today was acquired on the book convention circuit, picking up free ARCs. I never got to this book before it came out officially, and I, sadly, never even read the description before grabbing it up because the cover looked pretty. I know, I’m bad. I know, I should be more selective. But I’m a very eclectic reader. So I dove in.

Things Jolie Needs To Do Before She Bites It is a YA Romantic Comedy with a gorgeous cover.

Jolie’s a lot of things, but she knows that pretty isn’t one of them.

She has mandibular prognathism, which is the medical term for underbite. Chewing is a pain, headaches are a common occurrence, and she’s never been kissed. She’s months out from having a procedure to correct her underbite, and she cannot wait to be fixed.

Jolie becomes paralyzed with the fear that she could die under the knife. She and her best friends, Evelyn and Derek, decide to make a “Things Jolie Needs to Do Before She Bites It (Which Is Super Unlikely, but Still, It Could Happen)” list. Things like: eat every appetizer on the Applebee’s menu and kiss her crush Noah Reed.

But since when did everything ever go exactly to plan?

The funny thing about Things Jolie Needs To Do Before She Bites It, by Kerry Winfrey, is that its concept strongly resembles the plot of a short story I wrote years ago, “One Percent.” “One Percent” was about a young teen who discovers she needs to have spinal surgery to repair her scoliosis and panics, her anxiety feeding the idea that she would be part of the small percentage of surgeries that failed. Things Jolie Needs To Do Before She Bites It starts in a very similar way but becomes so much more as the story evolves from its basic concept (and quickly becomes nothing like my short story.

This book hit all of my happy notes. Each character, even the oddball side characters, felt like a person, each with wants, needs, desires–and nobody was a bad guy. This wasn’t that kind of novel. Jolie is actually her very own antagonist, in a very real way. As Jolie struggles with the very idea of what it means to be beautiful–inside or out–she struggles to create new relationships, and salvage the ones she needs to keep.

Her relationships with her family are well drawn, and we get to see a YA book with a family that acts like a real family. Sure, there’s drama, but the characters are loving and warm to each other, and they are not the bad guys in Jolie’s life. Jolie’s best friends, Evelyn and Derek, are uniqueand come with real problems that aren’t really even the point of the story, but are interesting side stories that become important to us because of how important they are to Jolie.

The romance here is a spoiler, but it’s so well done, and it doesn’t go anywhere you would think it was going to go based on the book blurb.

One of my favorite things about this book was that there weren’t enemies–there were competitors, and there were people who cause trouble obliviously, and there are people getting in their own way. But there aren’t bullies and an arch nemesis. Just life, in all the way that it is difficult, and in the ways it becomes more difficult when you have a physical deformity, a struggle I tangled with as a teen myself, as I coped with scoliosis.

What I’d Avoid: I honestly don’t have anything for this section. This book had a strong plot, strong characterizations, strong theme, humor and was just plain lovable. I’ve got no complaints.

Would I Recommend It: Absolutely! Hell, my nine-year-old son wants to read it and I told him to go for it (it’s always a miracle to hear him ask for something he actually wants to read, versus being forced to read). It’s a sweet story and a sweet romance, with only two small detours into subject matter that may be questionable, although when I say that, I mean it skirts the edge of what you’d probably see on your average prime time television show.

What Can I Learn From It: It’s rare to see a book where all of the characters were well-rounded, and not in any way the bad guy. I mean, we’re not even speaking about characters that are the bad guy, but have redeeming qualities. We’re speaking about characters that simply get in their own way, as we as people are wont to do. And not having a clear villain does nothing to damage the conflict of the story–it’s there and it’s strong. I’m eager to try something similar in a different setting, just to see if I can accomplish it.

All in all, Things Jolie Needs To Do Before She Bites It was a fun, well-told story I would recommend to anyone who is looking for a book that is about real life–ups, downs, quirks, and insecurities.

When I started 2017, I was feeling seriously optimistic. I teamed up with my husband, Ismael, and his sister, Megan, to create a free editing service called The Inkwell Council. Our trio had also united with Ismael and my son, Logan, to create a YouTube channel, The Geektastic Manzanos. I had written a new short story. I had finished a massive positive revision of The Order of the Key, my YA Fantasy novel. Everything felt like it was looking up. Megan and I had numerous conversations stating that this was our year. 2017 was gonna be awesome.

As it turned out, the year ran about fifty/fifty.

The Inkwell Council has been a tremendous success. We’re helping the literary community and we love every minute of it. What was initially supposed to be one 3-chapter edit of a fantasy novel a month, spread into two a month, novels or short stories of any genre. We’ve got a bit of a following and we’re having a great time doing it. Follow us on twitter here. To see more about what people are saying about us, visit here.

The Geektastic Mazanos, however, flopped. From the start, we saw the issues, but we figured we’d try it for a year and see where it went. This had been Logan’s idea from the beginning and Logan really wanted to make it happen. But Logan also has ADHD and that didn’t really make for cohesive video shoots. Also, we would have needed much more expensive equipment to shoot in the evening with any kind of visibility, and we had maybe two days where we had daylight time. Add to that increasing homework loads, and just how painstaking video editing actually is, and you’ve got a fun project that eats entire weekends. Logan’s spontaneity was being tamped down for when there was better lighting, and our enthusiasm just died a slow death. It didn’t help that, even with a giveaway, our subscribers didn’t make it over the 30 mark. That’s just sad. In the end, what remained was our love for taking loads of doofy geektastic pictures for our Instagram…so we’re keeping that.

The short story sold. Blue Ice was included in the Spring 2017 issue of the Corvus Review. It’s a big time favorite of mine, and I was so happy to see it land a home. Even better, I actually re-sold another short story, Choosing to Stand Still, to Fiction on the Web in August. All good news! 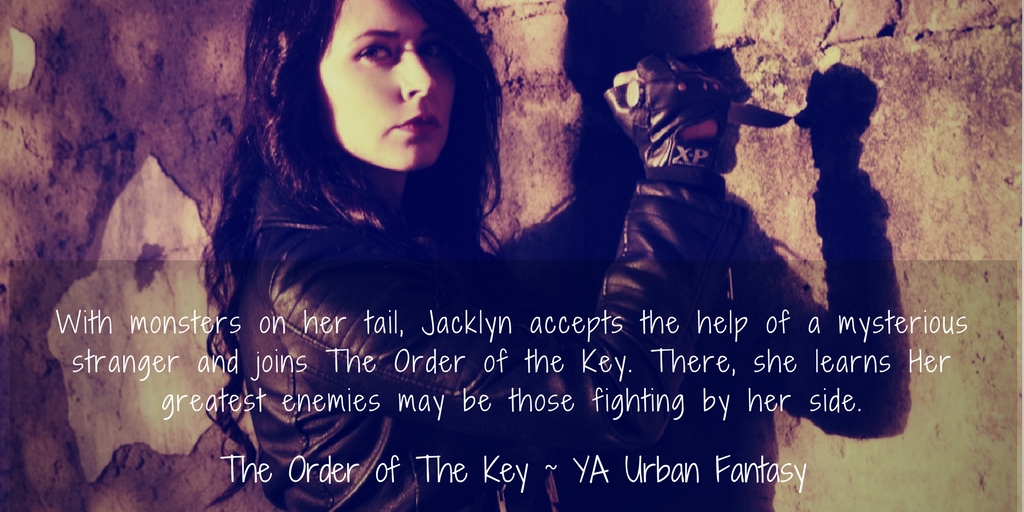 The Order of the Key, however, did not fare well. After years of revising and contracts with questionable publishing companies, and queries to loads of agents and publishing companies, I haven’t gotten much of anywhere. I love Order, and I still stand by it. It’s a great story and I love its characters, but I don’t believe the market is right for it at the moment. Though I still await contact from a few outstanding queries (whom I’d be very happy to work with, should I hear back with a positive result), I’ve mostly dealt with the idea that it’s time to put The Order of the Key on a shelf. Just for now.

This is mostly because I’ve completed my new YA Romatic Comedy with fantasy undertones, Never Say Never. It’s fun and so very different from Order. I’ve fallen deeply in love with these new characters, and I hope you will, too. I’m currently in final revisions of Never Say Never, before I start putting this new baby out into the world, searching for acceptance. It’s a very exciting time in my life, and I hope you grow to love Brynn, Adam, Nina, Gabe, and Val. They are hopefully going to be meeting you someday soon.

What are your plans for this year? Let me know in the comments.