Based on a game I recently saw making the rounds, come join me while I spell out my name in fictional characters–and then tell you why I love them.

Jason Todd–aka the second Robin, as in Batman and Robin. Died, got better. Became The Red Hood.

Jason Todd is currently my favorite fictional character of everything, anywhere. Because we’re dealing with DC Comics here, and they don’t always do a good job of consistency in characterization, sometimes Jason isn’t written in the best light. And really, he’s kind of an asshole. An anti-hero in the truest sense, Jason Todd breaks Batman’s strictest rule–he kills to protect the people of Gotham. Having returned from death only to discover the man who beat him to death with a crowbar, The Joker, still lived, Jason decides that the only way to keep someone like that off the street is to kill them.

Sure, he veers into bad guy territory, like the time he tried to kill his successor for the Robin title, Tim Drake, but Jason is tormented by memories of his death, feelings of abandonment by Batman, and the fact that he was trained to be an assassin by The League of Assassins. He lost it for a while there. Now he’s stumbling through a redemption path fraught with questions of why he’s still here, and whether he really wants to be or not. It’s rough, it’s dark, and it’s a departure from the “yes, sir!” mentalities of Dick Grayson and Tim Drake’s earlier run.

Plus it’s just fun to see Jason struggle to reintegrate into his family, and try not to care about Bruce Wayne. It’s a compelling story arc. And we all know how I love those.

Ursula, The Sea Witch–Does this one really need explanation? I mean, she’s the feared witch of the sea! She even makes King Triton nervous. She’s charismatic and charming, her big song and dance number is catchy as hell, she makes being an octopus look sexy and bawdy! The Little Mermaid really never stood a chance. I firmly believe that this was the beginning of me sympathizing with morally questionable characters, a trend that has followed me into adulthood. I mean, who didn’t wonder what Ursula did to lead Triton to banish her?

*Sings Poor Unfortunate Souls and saunters out of the room*

Simon Lewis–For those of you who know nothing about The Mortal Instruments series by Cassandra Clare, Simon Lewis is the regular guy in the story. He starts out as the only human among a bunch of supernatural friends. Though a vampire bite in the first book turns him into a vampire, he still has a very human point of view on everything.

Anyone who knows me, knows I have a love/hate relationship with Clare and her series’, and while badass archer Alec Lightwood became my favorite character down the line, it was Simon and his acerbic, sardonic wit that pulled me into the story, even though I was flagging on it from the very beginning. Simon is the “you” in the story. He is your representation. The things you find odd are the thing he comments on. The things that are annoying are mocked by Simon. He is sweet, he is innocent to the world around him, and we all kind of root for him. In the end, though I won’t spoil you, his story ends up being at the heart of main character Clary’s journey.

Tara Maclay–I really loved Seth Green as Oz on Buffy the Vampire Slayer, so I had a really hard time accepting Tara when she was initially written into canon. As far as I was concerned, he and Willow were meant to be, and here was this lady, flirting with Willow! Add to that the fact that I thought they were just queer baiting with the clear close relationship between Willow and Tara, and playing with Willow’s witchcraft dabbling with a metaphor to her dabbling in lesbianism, I actually hated the storyline in its first few weeks. But Tara grew on me as I came to realize that, while not a perfect storyteller or human being by any means, creator Joss Whedon did mostly right by this couple, making them an enduring relationship on the show, and a beautiful and inspiring character in her own right.

A child of abuse, Tara has a natural inclination toward magic, and is ridiculed by her family because of it. When she joins The Scooby Gang, she is quiet, shy, and initially, will only talk to Willow, fearing alienation by any who don’t dabble in magic. But by tackling crisis after crisis head on, and after being protected by Buffy, Willow, and their friends when her family comes to call, Tara grows into a strong, confident woman, who often plays a large role in the gang’s adventures. She becomes so confident, that she walks away when Willow, the love of her life, begins to use magic like a drug, only coming back when Willow is clean for a long time, despite her love for her. Though in the end, she dies (DAMMIT, JOSS!), her character’s loss is felt for the remaining season of the series, and is known as one of the most shocking moments of the series.

And yes, I am aware she comes back to life or something in the comic books after the show, but I refused to accept those as canon the moment I realized they made Dawn into a giant for mostly no good reason. The comic books are deader than Tara to me. Sorry not sorry.

Inej Ghafa–The Wraith! The Spider of Ketterdam! As one of the ragtag group of criminals that makes up the six in Leah Bardugo’s Six of Crows, Inej has a background that, though tragic, strengthens her. As the team’s intelligence gatherer, Inej uses her past as an acrobat to help her survive in the crime-ridden city of Ketterdam. Initially she is kidnapped from her life as an acrobat and forced into a life as a sex slave. She is coded as being of middle eastern dissent, and she is brought to a pleasure house called “The Menagerie” for her “exotic looks”. Not content to be used in such a way, she uses her stealth to provide information for a future crime boss, and quickly comes under his protection. She makes herself invaluable to him, and plans to use the money the Six make on their criminal exploits to pursue her dreams of ridding the world of the slave trade.

Gotta love a woman who turns things around to her advantage. Even when she’s falling in love with said future crime boss Kaz Brekker (who is another character study for another time…there is no K in my name, darn it), she always has a clear mind to his faults and refuses to weaken herself for him. Definitely an inspirational character.

Nadia Stafford–She’s an assassin with a heart of gold. The lead character in the Nadia Stafford series by my favorite author, Kelley Armstrong, Nadia appears cute and unassuming. She’s the girl next door, but she’s hiding a gun under her jacket and won’t hesitate to kill in self-defense. There’s something appealing about that. *scratches chin* Can’t imagine why…

After the murder of her cousin when she’s young, Nadia becomes a police officer like the rest of her family. A trained sniper and so, a badass with a gun, Nadia goes off the rails when she fails to get a kid killer imprisoned…so she kills him herself. Publicly. Shunned by her family and fired from her police work, Nadia follows her dreams and starts a wilderness retreat…which she can’t seem to keep afloat financially. But her brand of vigilante justice catches the interest of a mob boss that needs bad guys taken care of…the rest is history.

By turning her childhood trauma into life as a vigilante assassin, Nadia is able to overcome what happened to her cousin, and unravel the mystery of what happened to her that fateful night. Despite her tendency toward specialty jobs, Nadia makes herself a name in the hitman world, a world usually dominated by strong arms or sexuality, without using any of those things.

And she also catches the interest of a man with somewhat less morals, but a willingness to turn things around…for the right woman. 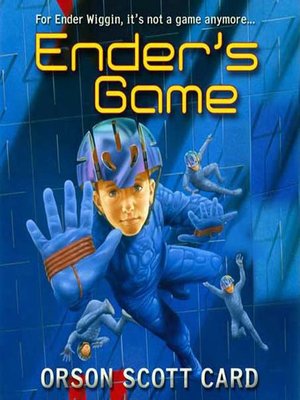 Ender Wiggin–Though the Ender’s Game series of novels have been somewhat soured by Orson Scott Card and his 1) BLATANT and RAMPANT hate for the LGBTQ+ community; and 2) Card’s tendency to write relationships between the siblings in the stories that smacks of incest, Ender’s Game was my favorite novel for quite a long time.

Bred into a family of high intelligence in hopes that he will become the future of the battle against a breed of alien that threatens to destroy the Earth, Ender grows up in a family that nurtures and accepts him. All except his bully of an older brother, Peter, who tortures him to the point of traumatizing him.

When Ender is sent off to battle school, he is forced to prove himself among other rather exceptional children, most of which view him as a threat. Ender quickly learns that the only way to stop an attacker is to make sure they can’t come back at you again, and begins to fight with a brutal precision. While he works and eventually leads in surgical, deadly strikes, he also has an endless well of compassion and respect for life–a fact that eventually tears him apart when faced with the repercussions of his actions. However, it is this compassion that leads the calculating Ender into hero status, and helps him understand the alien threat.

So, that’s my name in characters I love. A common thread I have noticed is a hard edge, intelligence, cunning, and a willingness to overcome all obstacles. I tend to lead toward complex characters who are sometimes difficult to love, though not all of them fall into that category. The largest common thread I’ve discovered is that these characters are easy to respect. Either way, all of which are characters you should get to know…but if you’re as disgusted by Ender’s author as I am, only read Card if someone is throwing away his books…then toss them in a dumpster fire when you’re done. The others you can safely pursue through normal methods, I promise.